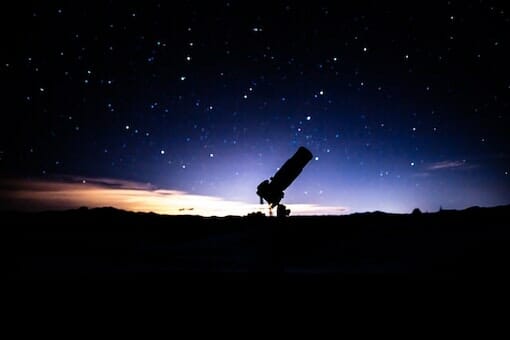 Cambridge is a wonderful place to live, and a fantastic place for science and sports – here’s why…

The university city of Cambridge is home to the River Cam, the University Of Cambridge and various software and bioscience companies. It’s a wonderful place to live whether you’re a professional couple, family or retiree.

What you might not know about Cambridge is exactly how much it has given the world when it comes to inventions & important discoveries. It is home to all kinds of bioscience and software startups currently, but it is also a long-established invention and innovation hub. There are some phenomenal inventions and discoveries that have come from the city, and here are just 15 of them:

In 1952 the first graphical computer game was invented using noughts and crosses as the theme. It might seem basic now, but back then, it was a total gamechanger, offering exciting computer-based gaming for the masses.

The electron was discovered by JJ Thomson in the Cavendish Laboratory. This is an important discovery when it comes to understanding the very foundations of literally everything that makes us, and the world around us.

Joe Farman who studied at Cambridge discovered the hole in the ozone layer and let the world know about this in 1985. This was such an important discovery because it presented a strong example of how man-made pollution is affecting the planet in a negative way.

James Cockerall was an engineer at Cambridge who created a working model of a hovercraft in 1955. It never really caught on here, but it is used across the world where there are patches of shallow water, or weedy water, such as swamps.

Alan Turing created a computer called ‘Christopher’ that was able to break the German enigma code during World War Two. The computer was able to test many data combinations to crack the code, much more than humans ever could. For that reason, Alan Turing is credited as being the father of AI in its most original and basic form.

You may have seen iris recognition already used by various technologies, and appearing in many futuristic films too. Interestingly, it actually only became a possibility in 1991 as the algorithm was invented by John Daugman, a Cambridge professor forming the basis for the iris recognition technology used today.

In the mid 80’s a company called Acorn Computers had a subsidiary called ARM holdings that created a processor that created minimal heat and electricity compared to other processors. This processing system was integral to smartphone technology in the 2010’s and helped with building better phones today.

Stem cells are cells that are not developed yet, so they have the potential to grow into all different cell types. They were discovered by Martin Evans at Cambridge University, leading to research into these incredible cells, research that is ongoing today.

IVF (in-vitro fertilisation) was actually invented in Cambridge by Robert Edwards. This technique allowed and continues to allow many couples with struggles having children naturally, to start a family. To date, around 8 million babies worldwide have been born through IVF.

In 1991 researchers at Cambridge University made it possible for live images from a coffee machine to be sent to the local browser so that nobody had to get up to go get coffee that hadn’t been refilled yet. Displaying pictures on browsers was a huge invention, which essentially happened through a want, or need to avoid unnecessary trips to the coffee pot. The technology placed the ‘webcam’ on the new, and very early internet and although entertaining at the time, nobody realised then how important the invention really was.

Football, in some form, has been played across the world for as long as balls have been around. However, no proper rules had been created until 1848, after the game was banned being played out in public and on public land. Instead, as the game was only then played in educational facilities and on designated spaces, it needed proper rules.

Everybody was playing it differently, so when they came together to play rival schools or facilities, things were a little chaotic. So multiple school boards came together to form Cambridge football rules, which were used by lots of institutions and form the basis of the most modern football rules used today.

Sir Isaac Newton did various work within optics experimentation, which through trial and error (much of which was dangerous to him) led him to inventing a reflecting telescope. The telescope uses mirrors and not lenses to avoid the colour distortion of refracting telescopes.

John Couch Adams of Cambridge Observatory was credited with finding Neptunes exact location. However, there is some controversy to this fact because Le Verrier of France was also credited within his country with finding the planet in 1846. Nobody will ever really know who got there first which is why they are both generally mentioned when crediting this discovery.

Isaac Newton famously discovered gravity after an apple fell on his head on the University grounds. This led him to use his education to theorise the theory of gravity. This is clearly, by far one of the most important discoveries ever made and helped develop much more of an understanding of the earth, and the entire solar system.

Do you fancy yourself a bit of an inventor? Who knows, you could make the next big invention or discovery that comes from Cambridge!