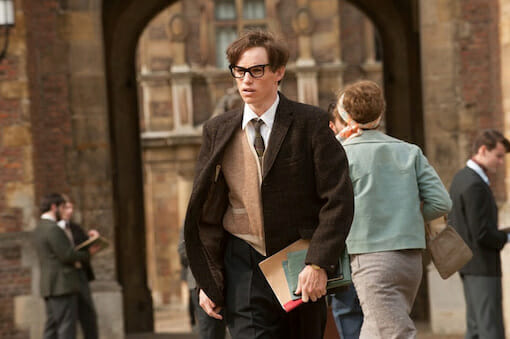 Find out about some of the well known TV series and movies filmed in Cambridge that used some iconic scenery and locations in this beautiful city.

Cambridge is so beautiful as a city to live in and as a staycation destination. It has amazing shops, lots of cheap self storage, restaurants, great accommodation and a friendly community. What you might not know about Cambridge is that many TV shows and movies were actually filmed there.

Thanks to stunning British scenery, gorgeous architecture and lots of phenomenal historic attractions, it has featured in more than 50 film locations!

Let’s take a look at some of the famous movies and TV shows that were filmed in Cambridge:

The main bulk of the scenes were shot at Newham College in the centre of Cambridge, which meant the stars were often seen around the city during filming.

Grantchester is a typical British TV detective series featuring stars like; James Norton, Robson Green, Tim Fywell and Edward Bennet, to name a few. The series involves different storylines investigating crimes in Grantchester, a fake village made up for the purpose of the show.

Throughout filming lots of different locations in Cambridge have been featured including various buildings, riverside locations, streets and more.

The Theory Of Everything

It is no surprise that a film about the life of Stephen Hawking features Cambridge University, where he studied in the 1960’s. Trinity College and St Johns College feature, as well as various iconic city locations.

The film was so successful because of Eddie Redmayne’s exceptional portrayal of Hawking, which led the film to winning an academy award.

Pirates Of The Caribbean: On Stranger Tides

You might not think that any pirate films would be set in a city with no seaside in sight. Surprisingly though, Pirates Of The Caribbean has used Cambridge for some scenes, namely where old England architecture is used, as is part of the storyline in the fourth film of the franchise.

Chariots Of Fire is a very famous film from the 80’s that has won a massive four Academy Awards and three BAFTAS. The story follows two characters who are athletes running for the Olympics for very different reasons. One runs in strength and solidarity with his religion whilst the other, runs as a sign of stopping prejudice. The film is based on a true story, and many interior shots were taken in Eton College. Cambridge University exterior itself is seen as the background to various scenes too.

The History Boys is an adapted play that features James Corden and Dominic Cooper. The storyline follows teachers at a British Boys Grammar school who are trying their hardest to get their pupils ready to sit Oxford and Cambridge University entry exams.

In the background, various emotional journeys take place giving the film lots of depth and character beyond the main storyline.

Although the filming of the movie takes place all over the UK, some of it is shot at St Johns College, Cambridge University.

This incredible film about Sylvia Plath follows her as a young woman, determined to succeed as a writer whilst also struggling with depression.

Gwyneth Paltows and Daniel Craig star in this moving story, which features shots from New Zealand, Cornwall, Devon and more. It also features various parts of Cambridgeshire, most noticeably the character of Sylvia cycling down beautiful Trinity Lane, scenes at St Johns, Punting on the Cam and scenes with Clare and Kings College as a backdrop.

Cillian Murphy is most well known for his part in Peaky Blinders these days. However, his first proper breakout role in 28 Days Later by Danny Boyle showed him bald and bedraggled as he gets out of an abandoned hospital and realises something awful has happened to the world whilst he has been in a coma.

The movie is famous for having shut down iconic parts of London for filming and we admit, it’s a bit of a cheat putting it on this list as it wasn’t actually filmed in Cambridge at all.

However, it does have its own connection to this beautiful city.

Did you also know that the terrifying monkey lab where the ‘rage virus’ started is written as being set at Cambridge University? The actual scenes for that lab were filmed in Stuttgart in Germany, but it is hard to remember that when you’re in Cambridge and you’ve watched this creepy film recently!

Starring Martin Freeman, Micro Men is an interesting look at the birth and rising popularity of home computers. It also features a recession that happened in video game entertainment in the 80’s that occurred as the video game industry became saturated.

Some of the scenes for the movie were shot inside and around the various colleges of Cambridge University. Old computers from the university archived were also loaned for the 2009 movie for accuracy.

The Bridge Of Sighs, Great Gate (St Johns College) and St John’s College Chapel are just some Cambridge locations featured in this stunning film starring Cate Blanchett. It is a biographical period drama that looks at the events that happened during the later part of Elizabeth the firsts reign, and follows the 1998 film; Elizabeth.

The events portrayed caused quite a stir amongst viewers because they are not seen as historically accurate. Despite the criticisms though, it is still a well-loved film and Cate Blanchett’s performance was acclaimed by even the biggest critics of the overall film plot.

If you are planning to visit Cambridge you should definitely watch some of the films above before you go, and see which backdrops and filming locations you recognise. If you’re moving to Cambridge, it’s worth getting yourself ready to see some stars as you visit the city, and especially if you work there. The iconic architecture and historical buildings, especially around the university, are always being used in films and TV shows because of their beauty and historical significance. Just one, of many benefits to moving to such an incredible place.