A Brief History of Self Storage: How It All Began 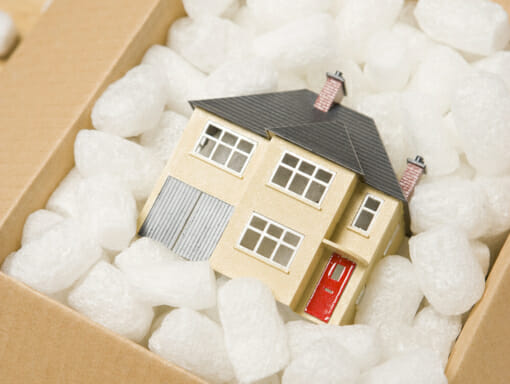 Find out the origins and interesting history of self storage for domestic and business use including surprising beginnings.

Self storage is gaining in popularity as more and more people choose to utilise the extra space available for the flexible contracts and prices that self storage has to offer. It allows people to store personal items and domestic items that they have no room for at home. It also enables them to use the space for business, instead of paying hefty prices for renting warehouse space. Within the unit the items are kept safe and at a steady temperature if the unit is climate controlled. Often the facility will have several types of security including CCTV, flood lights, 24 hour security and locks at various different points of entry.

Just like everything we have on offer to help us today, self storage has its own history and origins. Self storage is said to originate in China thousands of years ago. During this time people would place their belongings into ceramic containers which were stored in underground tunnels and caves. It is a basic version of self storage but, even back then people needed a place to keep their items safe it seems.

The history of self storage in the UK has a more recent origin and beginning. A few hundreds of years ago travel became more accessible to the higher classes who would be away for months because transport was so basic. To keep treasured possessions safe they would tell the bank they wanted storage and the bank would hire them a vault or the bank would hire a storage facility and store the items for their client.

It wasn’t until the mid 1800’s that self storage became more of an official ‘thing’ . A man called Mr Bekin actually started a self storage business off the back of mass immigration to America where immigrants needed somewhere secure to store their items whilst they found the right area to settle in. Mr Bekin was the first person to make properly constructed warehouses which came to be built in the early 1900’s.

The type of self storage we have today properly came to be around 1950 in America. This is when a self storage unit was first set up where the exchange of storage space for money officially occured. The company that set this up was owned by a family called Lauderdale and begin in Florida. This sparked many similar companies across the US.

Today, business storage is one of the biggest uses of self storage space. It began in the 80’s but, since entrepreneurship and self startups became more common, using extra space for this reason become more and more popular. It is likely to keep gaining popularity as ecommerce is slowly becoming the future of sales, which means many virtual companies with physical items to sell will need the space to operate from.

If you’re looking for extra space, why not look at investing in any of the many fantastic local self storage units for your business or domestic use? It could be just what you need to achieve personal or business goals previously hindered by a lack of space.