Is Cambridge A Good Place To Raise A Family? 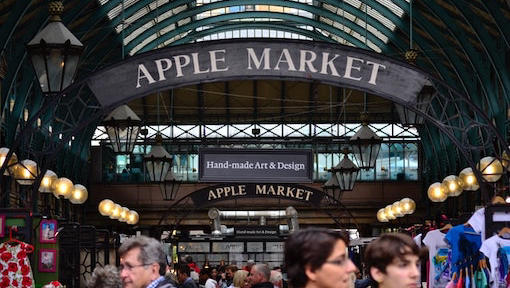 If you’re looking for a good place to raise a family then Cambridge or the surrounding towns and villages could be the right place for you.

When you’re looking to start or raise a family your priorities for a place to live change. You’re no longer looking to be able to get into town by foot, or get to the bars within a quick cab ride. A bustling local night life may not be as appealing of a feature as it once was.

Instead, you’re looking for different things, like good schools, safety, good local facilities and things to do with the kids. With that in mind, it’s a great time to get to know Cambridge.

“Cambridge is heaven. I am convinced it is the nicest place in the world to live. As you walk round, most people look incredibly bright, as if they are probably off to win a Nobel prize.” – Sophie Hannah

Cambridge has been listed as one of the best places in the UK to live before, and it only continues to improve. It’s got something to offer everyone, especially families. If you are starting a family, one of the first things you will need is great healthcare and dental care to support you through your pregnancy.

Cambridgeshire has several NHS hospitals including:

There are also many NHS clinics providing excellent coverage of the county.

If you are seeking private healthcare in Cambridge there are plenty of options for you including (but not limited to; Spire Cambridge Lea Hospital and Nuffield Health Cambridge Hospital.

Raising a family means providing for a family. If you’re thinking of starting or moving your career to Cambridge, you will be pleased to know its economy is booming. The biotech and hi-tech areas of industry sit within the core focus of Cambridge and its economy. You will find businesses starting up, developing and growing in mobile tech, software, wireless tech and other areas of technology.

When it comes to biotechnology, you may well already know about the large cluster of research centres in Cambridgeshire conducting testing for human medicines, animal health and new biotechnology.

Manufacturing, eco-friendly product development and the food sector are also a large part of the Cambridge economy.

Looking to commute? Cambridge is well connected to the rest of the country and in particular, London, which is a mere 50 miles away.

It has the M11 and A14 East-West roads to London, as well as over 300 trains into the capital which take as little as 1 hour 15 minutes.

Within the county of Cambridgeshire there are over 200 nurseries, primary and secondary schools. Mainstream state schools are provided for free by the state and details of how those schools are performing in Ofsted reports can be found in the Cambridgeshire County Council schools booklet. These schools are divided into the following types:

These types of schools are run by the local authority in all respects.

Foundation schools have a separate governing body who runs the school in full. The land they are on is also owned by them, or by a related charity of some kind.

When a school is called a Trust school the original foundation school works with an external partner to become a trust together, boosting the standards of the school.

These types of schools tend to be religious schools which are open to anybody who fulfills the admission criteria they set. They govern all aspects of the school and usually a charity with a similar direction of cause (AKA a religious charity owns the land for a school of a religious church) has the rights to the building and the land.

These types of schools are similar to voluntary-aided schools only the local authority runs the school in full. As the land and school is likely to be owned by a charity, some members of that charity may be on the governing body.

Independent schools are not paid for by the state and instead are funded by the parents of students, and from investments into the school. There are roughly 20 of these schools in Cambridgeshire that cater to 4-16 year olds, as well as others for young adults only.

Also in the area is highly esteemed Anglia Ruskin University which has fantastic courses such as its well known Sport and Education course. It also has a great reputation for students gaining employment quickly after finishing their education.

Things For Kids To Do In Cambridgeshire

For the times you enjoy together as a family, Cambridgeshire has a ton to offer. From museums, to mini amusement parks and lots of outdoor space, there’s an activity for every family budget and style in this amazing county.

Here are some of the best family attractions in Cambridgeshire:

There are also endless cafes, eateries, shops and cinemas to enjoy for general Saturday amusement as a family.

For date night when the kids are being cared for, there are also pubs, high-class restaurants, bars and clubs to enjoy as adults. Punting on the river is another great idea for a date if you want to spark the romance and fun back into your relationship.

Preparing to Raise A Family In Cambridgeshire

If you’re yet to move to Cambridgeshire you’ll be pleased to know there is some great self storage in Cambridgeshire, moving services and other handy businesses to help you with a temporary or permanent move. With the right research, cheap self storage and consideration, you’ll be well placed to start a family in this wonderful county.